Gift Of Hope for Princess Lilli

A Gift Of Hope for Rachael and her family

On the 15th June 2008, the Blaxell family were blessed with the birth of their sweet little girl Lilli Eileen Blaxell weighing 6 pds 11oz

Sadly on the 21st November 2008 Rachael awoke to find her daughter Lilli face down in her cot. After 2 autopsy reports it showed that Lilli was a perfectly healthy baby and her death was attributed to SIDS Sudden Infant Death Syndrome 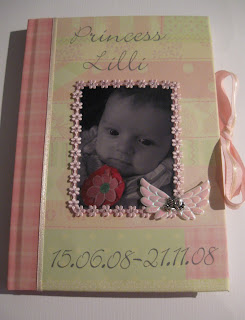 Rachael honours her daughters memory by raising funds for SIDS and Kids
You can support her efforts by visiting
http://www.facebook.com/sids.kids.princess.lilli