Oscar Chavez is the lead singer of Australian Band Suns of Cascadia. Oscar Chavez shot to fame after gaining a spot on Team Delta on The Voice Australia Season 2 from over 10,000 applicants. Oscar’s Blind audition has received over 250,000 views on YouTube. 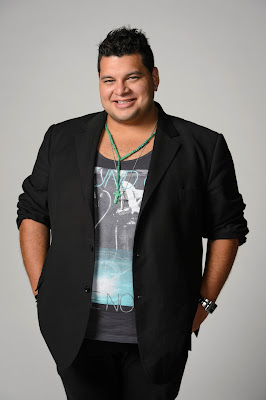 President and Founder of Yasminah’s Gift Of Hope Rebecca Aziz said ‘We first learnt about Oscar and the premature birth of his daughter as a contestant on The Voice’.

Rebecca Aziz is the mother of Yasminah who was stillborn and of identical twins who were born 9 weeks prematurely.  Her experiences made her realise how important it is to have something by which to remember each child and their special birth journey.  The tragedy is that some families have nothing: no photos, no record, nothing to hold.


Premature birth is the number one killer of newborns.


Over one million little angels around the world each year never come home.


Over 45,000 babies are admitted into neonatal intensive and special care units every year in Australia. This is over 14.5% of all babies born and translates to over 115 admissions every day.


In 2009 there were 78 babies who died from SIDS and 2341 babies were stillborn.  *Australian Bureau Of Statistics AIHW National Perinatal Statistics Report


There are roughly 10 times more stillborn babies than babies who die of SIDS each year, yet this statistic hasn't changed for years. That's roughly 2000 babies a year or six a day in Australia. We all fear SIDS, yet stillbirth, which is far more common, is rarely talked about. *Yasminah’s Gift Of Hope


‘Yasminah’s Gift of Hope’ is a non-profit organisation that has provided over 8000 Australian families with a ‘Gift Of Hope’ support package since 2010. The G.O.H. Journals are special keepsakes that display ultrasound images, photos, cot cards, arm bands, and foot and hand prints as cherished mementos. The journals also allow parents to express their thoughts in a therapeutic and healing way.


Oscar Chavez said his decision to become an Ambassador for Yasminah’s Gift Of Hope was after his own personal experience of premature birth with his daughter Arianna.

“I have decided to become an Ambassador for ‘Yasminah’s Gift Of Hope’ for the simple reason of having experienced the hardship of premature birth with my Daughter Arianna. She was born at 31 weeks and weighed 1.1 Kilograms. I've seen the strength that these babies need to survive and I've seen the incredible nursing staff and equipment required to ensure these babies have the best chance of survival. Our daughter is one of the children that survived premature birth and she is the happiest baby I have ever met. She is a miracle to this world and means everything to me. I wish for other parents with premature children to have the same chance to hold their happy, healthy children every day.”

As Ambassador, Oscar Chavez will promote awareness of the high rate of premature birth and stillbirths in this country and the ongoing support and understanding available from Yasminah's Gift of Hope.


“We’re delighted to have Oscar as an Ambassador and grateful for his passion for the cause.  Oscar plans to write a song for Yasminah’s Gift Of Hope to help raise awareness. Oscar’s personally experienced premature birth and knows the struggle that parents go through at that time. He offers a unique prospective as a father of a premature infant. So often the focus is on the mother and with his help we can let dads know that there is support available for them too. ” said Rebecca Aziz


Oscar and his wife are currently expecting their second child, due later this year.
Posted by Unknown