A Book About Death Australia

A Book About Death EXHIBITION

The exhibition became a world wide phenomena, involving work from over 500 artists and inspiring artists to curate off shoot exhibitions throughout North America, South America, Europe and Britain.

Now 300 artists from more than 20 countries have submitted new artworks for the Australian exhibition at Tweed River Art Gallery in October 2013.

The gallery has magnificent views over the Tweed River and surrounding mountain ranges.
Multiple stacks of artists' postcards will be on the window alcove seats for gallery visitors to take home and create their own 'unbound' book about death.

Back in February I came across the 'A Book About Death Exhibition. I was inspired and in awe of the artists sharing their gift, expressing what death means to them. Their personal, creative expression of grief. loss and heartache. I knew immediately that it was something I needed to be involved in. This had landed on my screen for a reason. This was my opportunity to express via visual art my grief. My book about death.

I'm thrilled,excited and slightly daunted that I've just submitted my very first official exhibition piece for the 'A Book About Death Australia' Exhibition, to be held at the Tweed River Art Gallery opening the 18th of October. Below is my submission. 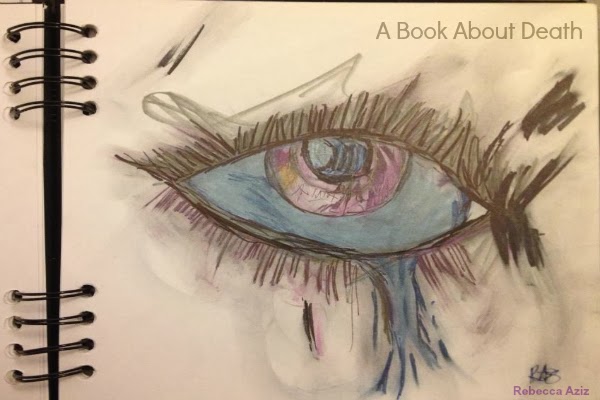 What does death mean to you?
Posted by Unknown