We need your HELP! Please help us raise $2500 needed for a twin crib in honour of our daughters Aisha and Aaliyah for new multiple families to use at Westmead Public Hospital Neonatal Intensive Care Unit.
3 years ago we were blessed with the early but safe arrival of Zachariah and Yasminah's little twin sisters Aisha Ann and Aaliyah Ann. Born at only 31+5 weeks old 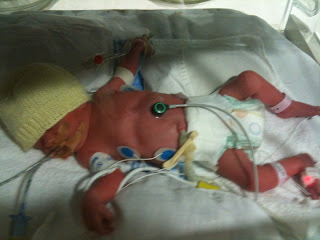 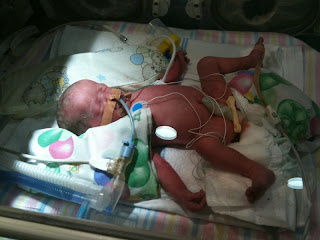 We spent a very long 4 weeks in Neonatal Intensive Care at Westmead Hospital. We anxiously watched and waited for our girls to be reunited outside of the womb. It wasn't until week 3 that they happened to be in adjoining rooms in the NICU and one of our lovely nurses helped put them together for the very first time! She gently carried Aaliyah attached to all her wires and monitors through the adjoining room’s doorway and placed her next to Aisha. The moment they were next to each other they smiled and nuzzled into each other. This brief 30 seconds if forever etched into my heart. It was magical! 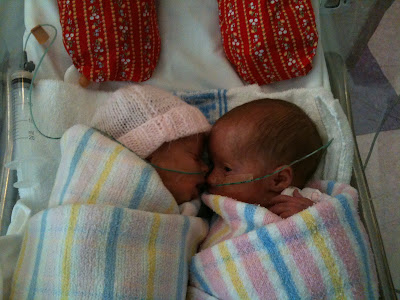 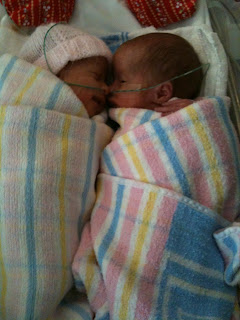 That was a turning point for Aaliyah, who up until that time was a little further behind than Aisha. Her condition improved and one week later both of our girls were discharged home 4 weeks earlier than predicted by their caregivers. I honestly believe it was from this single moment. Westmead at the time didn't have a twin crib in the NICU and ever since that moment we have wanted to get one for Westmead, but we need your help to make our dream a reality.
We are asking for your support to make a donation towards purchasing this very valuable piece of equipment for the NICU. We want to help another multiple family have this same opportunity to capture their premmie twins reunited in the NICU.

A twin crib for use in the NICU encourages co-bedding. Cobedded multiples can see, touch, and smell each other at all times, just like they could before birth in the womb. It allows the babies to share space together and they can even have them positioned as they were in the womb. Feet to head, head to head, back to back - however they were placed.
Research has shown that heart rate and other stress cues reduce. Cobedded twins seem less irritable than other twins. When twins sleep together, they coordinate their sleep/wake cycles and have less stress and they seem to gain weight better than multiples that aren’t co-bedded.
Twins are used to being together - so when they are in a situation such as the NICU where holding time is limited - giving them the comfort of companionship of their sibling can increase their chances of survival and promote happiness. Cobedded twins seem to have happier parents, fewer episodes of bradycardia, better thermoregulation, and lower oxygen needs.
Please make a donation, every amount big or small can make a huge difference. 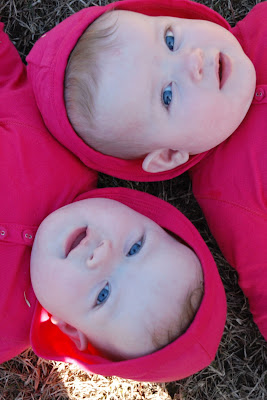