Today Aisha and Aaliyah were due to arrive. I still find it hard to believe that they are 14 months old. Let alone that they were born 8 weeks and 2 days premature, and that we made it through NICU.

It is amazing to me that they survived, given their premature age and the challenges they faced when born, but they did have their own personal guardian angel watching over them and a wonderful team of Doctors and Nurses who we are very thankful to.

Yesterday we had their 12 month corrected age, growth and development assessment. It basically assesses their weight, height, problem solving skills, language skills and gross motor development. A paediatrician performed a physical examination and a psychologist completed a series of tests to see how their skills are developing.

We were at the hospital for 3 hours. Not an easy task when you have 3 children, aged 3 and under in a tiny room with no windows. But we made it through with snacks, hugs and laughter with a few tears thrown in for good measure. 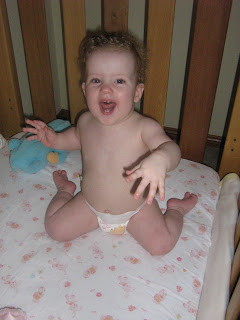 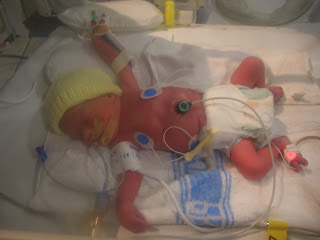 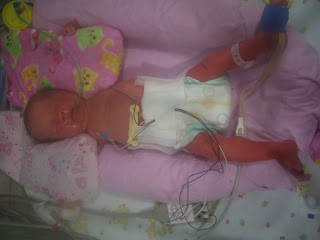 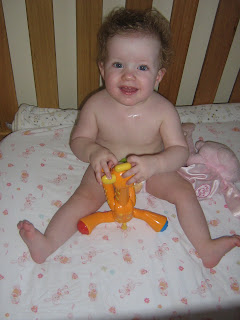 So suffice to say that their growth is outstanding. The last time we visited for their assessment was when they were 8 months, 6 months corrected. At that time they were both still breastfed and having a lot of difficulty with reflux. I managed to continue breastfeeding them until they were 8 months old but sadly they stopped gaining weight and lost interest, so we weaned them across to an anti reflux formula and we haven't looked back. Establishing solids was difficult, but that has also settled and they eat a wide variety of food. They both LOVE their veggies especially peas! And just like their dad and their brother cheese and yoghurt are their favourite.

Aisha and Aaliyah's problem solving skills are considered above average for their age. Their gross motor skills were slightly below average. They have only just begun to pull to stand and Aisha chose this day to pull up to stand all on her own. My husband and I looked on with amazement as Aisha pulled up with all her might to stand on her own two feet. Today both of the girls have been pulling up to stand. Their older brother walked at 11.5 months and honestly I did not think the girls would be walking until they were about 18 months but you never know...... The Doctors have recommended we obtain some physiotherapy for both of them to help them progress and develop their gross motor skills. If they haven't improved or they are not walking by 18 months then we need to phone to make another appointment, but fingers crossed with some encouragement they will be walking and running in no time.

Their language skills were also assessed by the psychologist. They say all the usual words like mum, mumma, dad, dadda, Za (which is Zach) and recently added bye, bye to their repertoire. We read a lot of books and have done since they were born. One of their favourite books is The very hungry caterpillar. Aisha just a few days ago pointed to my t-shirt and said ba. She was pointing at the butterfly in our logo, on my t-shirt. I was so proud, my baby is beginning to say real words, understand things around her and communicate with these new found skills. During Aaliyahs assessment a series of objects were placed in front of her and she was asked where the dolly was. Aaliyah reached for the dolly and said bubba! Another first for Aaliyah. Aisha was considered as average for her language skills and Aaliyah as above average.

Overall they were very happy with their growth and development and we don't need to go back! After 14 months they have been given the all clear! Happy corrected 1st Birthday to my two beautiful girls, we love watching you grow and develop and are so very proud of you. Thank you for bringing so much love and happiness into our lives 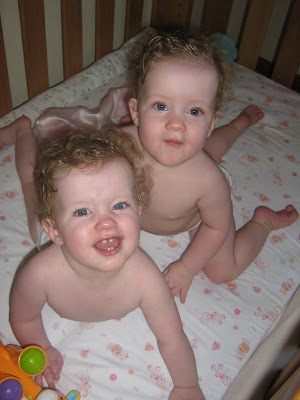