6 weeks after we lost Yasminah, I went back to my natropath and told her everything that had happened. I started taking supplements again in an effort to cleanse my body and give it the best possible chance to have another child. No one could ever replace Yasminah, but we needed to have something to hope for, a child to hold in our arms, not just our hearts. After everything that we had personally been through we weren't going to wait a moment longer to fulfill our dream of a large family.

On the 1st June 2009 we found out I was pregnant again, 10 weeks after losing Yasminah, we couldn't believe it had happened so easily and so soon. We received mixed reactions from family and friends. Some assumed because we were having another child, that we had moved on, others said it was too soon but mostly people were happy for us. No one can tell you when the right time is to have another baby, it's a very personal decision after you've experienced a loss and one that only you can make.  One month later on the 1st July, 3 days before our son's 2nd birthday we had our first ultrasound and discovered we were going to have TWINS!! The sonographer cried, I cried and my husband laughed, we just couldn't believe it! It was an amazing feeling. It felt incredible to know that 2 little lives were growing inside of me, but at the same time I was terrified something would happen to them.

The pregnancy was wonderful, I loved and embraced my growing belly. We told our son he was going to have two babies to play with. As I grew bigger it was hard to keep up with my son and his boundless energy. He was still only little himself and was totally dependant on his mummy. I was very thankful to have help and support from my neighbours who would look after him if I had an appointment to attend, and kindly bring me milk and bread from the shops when they visited. Everyone fussed over me and couldn't wait to meet our babies. Strangers would often ask me if I was having twins and it was amusing to see the expression on their face when I proudly announced that in fact I was.

Approaching our 20 week morphology scan was nerve racking. We had to hope and pray that everything would be OK. Thankfully there were 2 strong heartbeats, 20 little fingers and 20 little toes and we were doubly blessed with identical twin GIRLS. 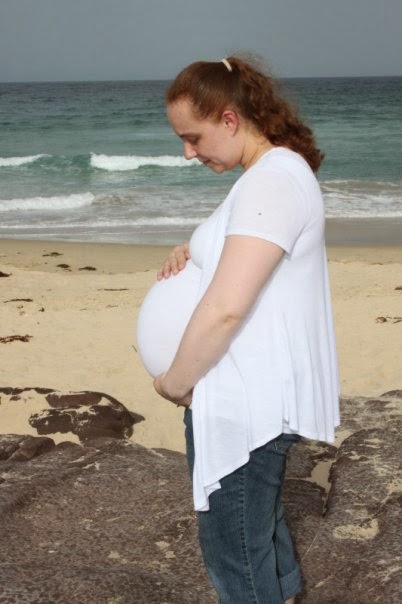 We weren't sure at first whether to keep Yasminah's belongings or to give them away, but we decided that if she were here they would of been passed along to her siblings and made the decision to keep her nappies, clothes and nursery furniture. We were very glad that we did as we now had to go and buy an extra set and make room for 2 of everything in her room. Yasminah's nursery was decorated in butterflies and we kept the same theme for the girls 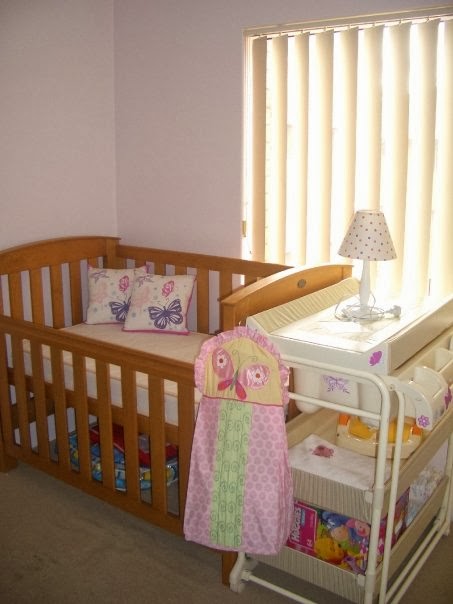 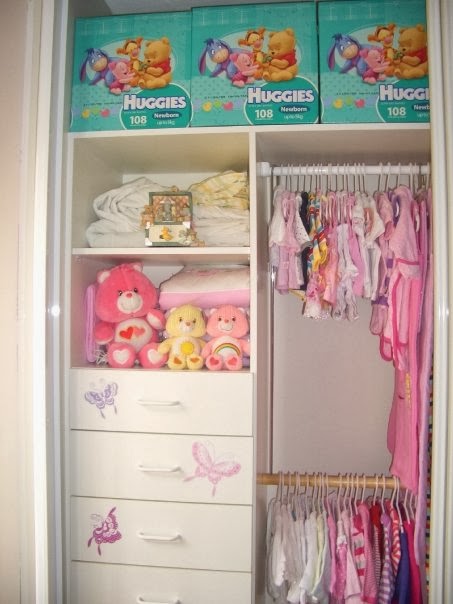 I was monitored as a high risk pregnancy, because of our previous loss and carrying identical twins. As a result I had frequent ultrasounds to monitor the babies growth and development. During our 28 week ultrasound, it was discovered that our little girls were growing at a different rate. The Doctors explained to me and my husband that they had something called Twin to Twin Transfusion Syndrome (TTTS) which only occurs in identical twins. We were very lucky that the girls only had a mild case and developed this later in pregnancy as the chances of survival are dramatically improved in late onset TTTS. It was a bit of shock as they explained that they may be born premature depending on how the rest of the pregnancy progressed. My husband was fantastic and was with me each step of the way.

-Twin to Twin Transfusion Syndrome (TTTS) is a disease of the placenta (or afterbirth) that affects identical twin pregnancies.
-TTTS affects identical twins (or higher multiple gestation's) who share a common monochorionic placenta.
-The shared placenta contains abnormal blood vessels which connect the umbilical cord and circulations of the twins.
-The common placenta may also be shared unequally by the twins
-The events in pregnancy that lead to TTTS are all random.
-TTTS is not hereditary or genetic, nor caused by anything the parents did or did not do.
-TTTS can happen to anyone.

From this point on we had fortnightly growth scans to closely monitor their development. I had been experiencing a few braxton hick contractions the day before my 32 week appointment. I wasn't too concerned as they weren't getting closer or painful. Being so close to Christmas and heavily pregnant I was unable to go shopping with my son, so waited until my husband arrived home from work and we put our son into bed to go do some Christmas shopping. Being very heavily pregnant with twins, and at a stage where I felt like I had to carry my belly because it was so big, the added pressure didn't help my bladder. I decided to visit the bathroom before leaving to go to the shops and this was a decision that would save my babies lives. When I went there was blood, it wasn't a lot, but it was enough to scare me to death. I immediately told my husband, then I called the birthing suite. The told me to pack my bags and come straight in. This was around 9:30pm. My neighbour come over to stay with my son until my mother in law arrived. I had a feeling that this was it. 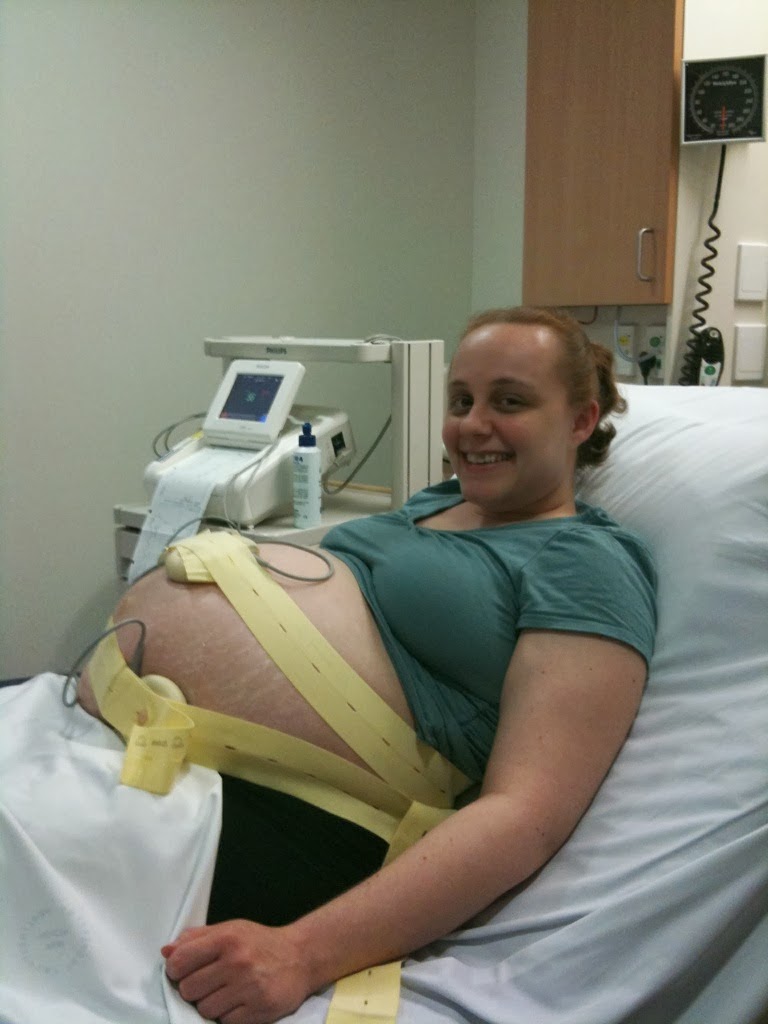 Upon arriving at the hospital I was taken to a room and monitors were placed on my belly.Twin B's heart rate was over 200bpm. She was in distress and we were told it was important they get the babies out now. Contractions then started to get stronger and closer together, they hit hard and fast. By 10:30pm I had, had an epidural and was wheeled into theatre ready to have our rainbow baby girls.

Rainbow babies: In some circles, babies born to families after the loss of a child are referred to as "Rainbow Babies." The idea is that the baby is like a rainbow after a storm. "Rainbow Babies" is the understanding that the beauty of a rainbow does not negate the ravages of the storm. When a rainbow appears, it doesn't mean the storm never happened or that the family is not still dealing with its aftermath. What it means is that something beautiful and full of light has appeared in the midst of the darkness and clouds. Storm clouds may still hover but the rainbow provides a counterbalance of color, energy and hope.
That is the definition of a Rainbow Baby.

Aisha Ann Aziz was born first at 11:53pm on the 16th December 2009, weighing a tiny 1554grams, 41cm long and head circumference of 29.5cm. She let out the most beautiful tiny cry, it was music to my ears. Aisha was breathing on her own.


I remember looking to my right at the clock on the wall and hoping and praying it wouldn't take long for Aaliyah to be born and that she would be OK. I also really wanted our daughters to be born on the same day. Throughout my pregnancy people kept saying that they would be born across NYE and NYD, so different days and different years. Thankfully that didn't happen.

Aaliyah Ann Aziz was born next at 11:55pm on the 16th December 2009, weighing 1730grams, 41.5cm long and head circumference of 31.6cm. There was silence when she was born, I remember waiting to hear her cry, it seemed like forever but I think it was only a matter of seconds and she let out a little cry. Aaliyah needed some help to breath through a ventilator.

I felt like the weight of the world had lifted off my shoulders, my girls were born at 31 weeks and 5 days and were rushed away to the neonatal intensive care unit. My husband followed the girls to the NICU, whilst they stitched me up. I spent some time in recovery before my husband came in with a nurse and on the way back to my room they took me past the NICU to see my baby girls for the first time. I couldn't see them very well and I didn't get to touch them but I knew they were in very god hands and they would do everything they could for them. My husband had taken lots of photos on his phone, so sent some to me. By this time it was the early morning and my husband had to go home.

I first got to touch my daughters the day after they were born at 4:30pm. I got to spend about 30 minutes with each of them. The first time I placed my hand on Aaliyah she put her over the top of my hand, it was magical. Being able to touch them was wonderful but heart wrenching at the same time. They are so tiny and delicate and I missed them terribly, I just wanted to hold them. The following day we brought our son in to meet his little sisters. He knew their names as we decided before they were born. Aisha means life and Aaliyah means greatest gift of God. Very fitting names for our rainbow babies. Zach said hi bubbies, Hi Shar and then hi Eyah. He wanted to stay with Aaliyah and kept talking to her and calling her bubby, then she did the most amazing thing and opened her eyes.

5 days later I was discharged and once again left the hospital with my baby in my arms. It was incredibly difficult to leave them, because at least when I was at the hospital I could go down to the NICU and see them anytime. It was nice to be at home in my own bed and be closer to my husband and my son, who really missed his mummy.

Aisha and Aaliyah had many ups and downs during their time in hospital. Aisha was strong and was progressing a little faster than her sister. Aaliyah had a lot of setbacks and required two blood transfusions. It was hard to see Aisha doing so well and Aaliyah struggling. 3 weeks after they were born, Aisha and Aaliyah were placed in the same cot. It was something I had been asking for a while as I had read that twins can sense and feel each other and can benefit from skin to skin contact with each other. It was nothing I can describe watching them nuzzle into each other for the first time outside my womb, then they both smiled  as if they knew each other were there and OK. From this point on Aaliyah improved and got stronger. One week later and they were both discharged from hospital. Aisha came home first and then we went back the following day for Aaliyah. I got to bring both of my babies home on my 30th birthday, after them spending 30 and 31 days in hospital, born 9 weeks premature. I couldn't of wished for a more perfect gift.

Aisha and Aaliyah are an incredible gift from our little girl Yasminah. They brought back happiness to our lives and filled it with love and hope. They have had no medical complications since their birth and continue to do well.